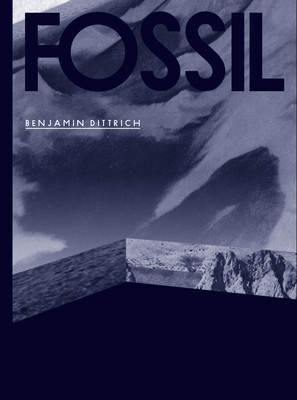 In his artistic practice Benjamin Dittrich (* 1987) focuses in the relationship between the human and its environment. His material comes from discarded nature picture books, non fiction books and cyclopaedias. Material from nature studies is sorted, and brought back into ever changing relations. His works invite the viewer to define an own image of the reality and to sharpen the perception. At the same time they reveal the borders of human observation and conclusion skills and illustrate the humans bonding to its own microcosmos.

In his multi color print works Benjamin Dittrich often works with the lost form technique, in which the linoplate surface is disappearing with every print action while there is more and more color layering on the paper.
For the book “Fossil” linoplate leftovers of the last two years had been cut, combined newly and printed in a deep black to emerge as an independent work of recycling.